Political turmoil in Palestine and Lebanon has afflicted communities for decades. Important buildings are often damaged or demolished in periods of violence.

Many communities are poor and lack proper infrastructure, so flooding and other natural disasters can also have devastating effects. Gaza has seen three wars in just the last decade. The effects of the most recent war in 2014 can still be seen in its many destroyed homes, schools, businesses and farms. Gaza reconstruction has been slow because of restrictions on moving construction materials through Gaza’s closed borders.

From time to time, bouts of violence flare up in the Palestinian refugee camps of Lebanon, putting civilian families in the crossfire. When clashes erupt, many Palestinian and Syrian refugees find themselves forced to flee again. In 2007, for example, many buildings in Nahr El Bared camp were completely destroyed, and residents were left to pick up the pieces of their lives.

When a humanitarian crisis strikes in Lebanon, Gaza or the West Bank, Anera is there to so Palestinian families can get back on their feet.

In the aftermath of armed conflicts in Lebanon’s Nahr El Bared refugee camp, Anera helped residents recover by rebuilding and equipping community centers, clinics and public spaces. We also installed water tanks on homes to ensure that thousands of residents had safe and reliable access to clean water—a basic necessity that often vanishes during emergencies.

Anera also works to prevent the need for reconstruction in the future. This means that strong infrastructure is put into place. In four West Bank communities, Anera recently constructed water drainage systems that channel rainwater away from population centers, businesses, schools and homes. In Gaza, we installed a new sewage system serving 500 people in the impoverished Nuseirat Refugee Camp.

67,624 residents of four West Bank towns are safer because of storm water drainage systems Anera built in their communities. Preschool in Shejaiya, Gaza Gets Rebuilt

The few preschools that existed in Shejaiya prior to the war were all destroyed. 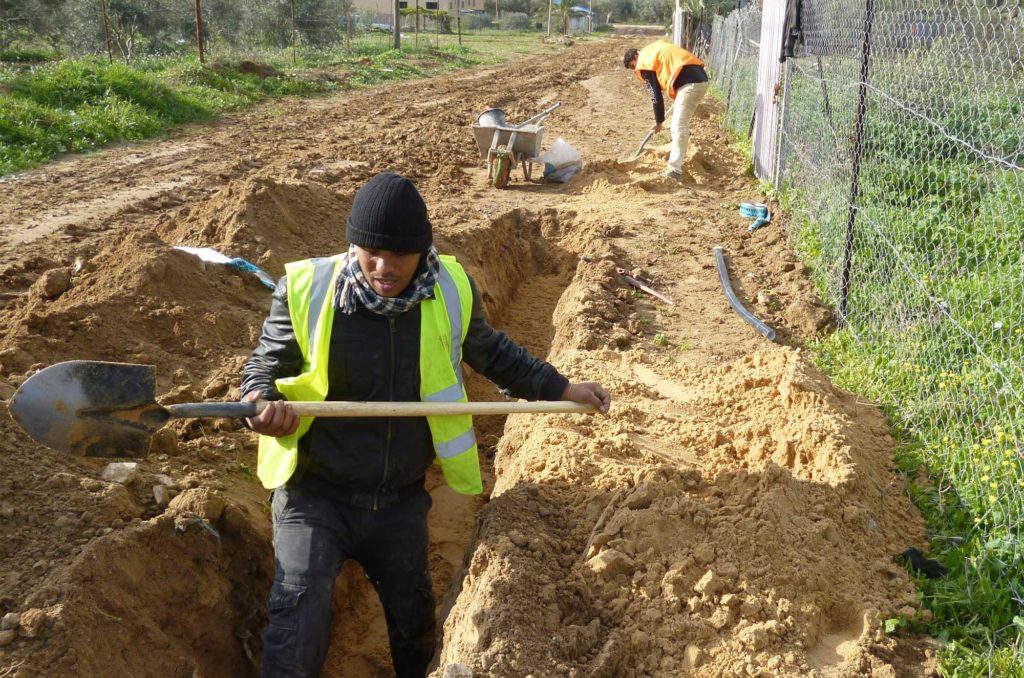